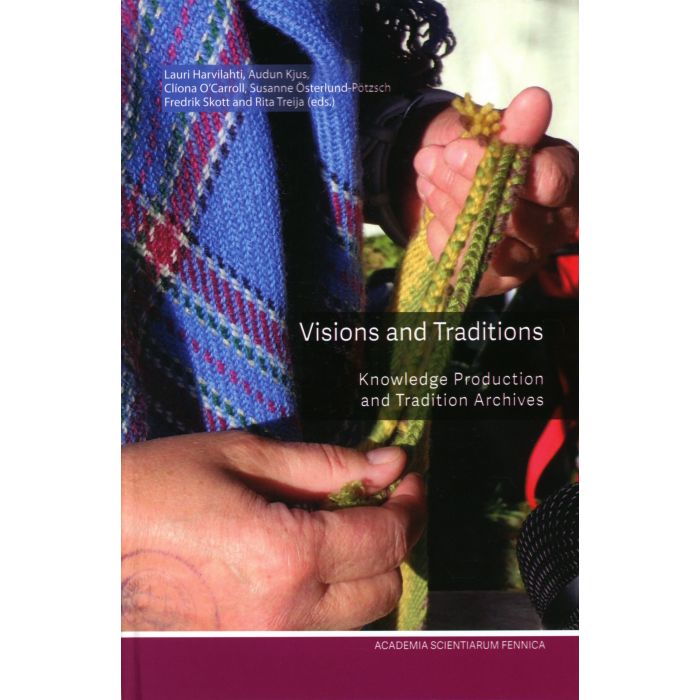 Hoppa till början av bildgalleriet
Detaljer
Visions and Traditions contains texts that in various ways discuss the political, methodological and ethical aspects of how tradition archives have been - and are - involved in the production of knowledge.

The folklore studies of the 19th century, in the various forms they were performed, were concerned with not only imagining, but also sensing and experiencing the people. The early 20th century invention of the tradition archive, followed by the formations of folklore studies and ethnology as university disciplines, carried out fortifications, expansions and contestations as to who the people really were and how the people were to be seen and felt and experienced, and who had the authority to show us the people.

The disciplinary rumbles and departures from the late 1960s gave profound insights in how folkloristics and ethnology had contributed to the creation and strengthening of political identities, and left many folklorists and ethnologists skeptical about ever getting involved in identity politics again. The agenda of Herder, to assist the people in seeing and feeling and experiencing itself, for many became a shameful agenda. They sought refuge in purer forms of science, be it cultural history, linguistics or phenomenology. They would say: "To make the people visible is not our job. Let us leave them to it. But we will observe from safe distance."

ln the wake of the digital revolution and the new and powerful information technologies, people (not the people this time, but just people) are exercising great new abilities to make themselves seen and felt and experienced. Do people need tradition archives or folklorists in these endeavors? The editors of this volume suspect the tradition archives have qualities that are strongly in demand right now and that folklorists are needed both as facilitators and for critical reflection.
Mer information
Recensioner
Write Your Own Review
Only registered users can write reviews. Please Sign in or create an account
Copyright © Vetenskapliga samfundens delegation.