Political geographies of the ´changing´ Arctic: perspectives on the interface between politics and the region as a prosess 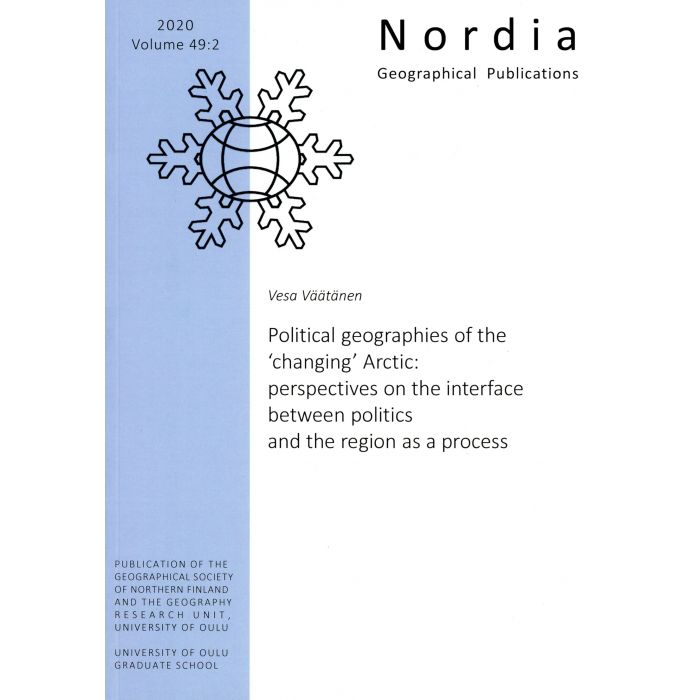 Hoppa till början av bildgalleriet
Detaljer
During the past few decades, the Arctic has become increasingly understood as a changing region. This change incorporates issue areas from climatic and environmental change to economic, political and social change. While much of the public and academic discussion on the ‘changing’ Arctic has taken the Arctic for granted as a regional framework in which the processes of change occur, there is a need to understand how this knowledge on change itself has been constructed, and how it has been attached to the Arctic as a distinct region. By building on this background, this thesis seeks to analyze how the understanding of the Arctic as a changing region contributes to different political and spatial dynamics, which are approached empirically by a focus on the Arctic strategies and policies of Finland, France, Japan and Alaska.

A key argument of the thesis is that we cannot understand the current political discussion on the Arctic without understanding the regionalization process in which the Arctic has been constructed as a distinct region in relation to specific criteria. The results show that different ideas regarding what the Arctic region is have become key issues driving policy-making processes and political debate. Further, the results show that these policies and political debates are themselves key mediums through which the region and regional knowledge are produced, contested and transformed. This indicates that regional knowledge itself is politically meaningful, and scientists, too, should be attentive of the political implications that the knowledge we produce may have.
Mer information
Recensioner
Write Your Own Review
Only registered users can write reviews. Please Sign in or create an account
Copyright © Vetenskapliga samfundens delegation.