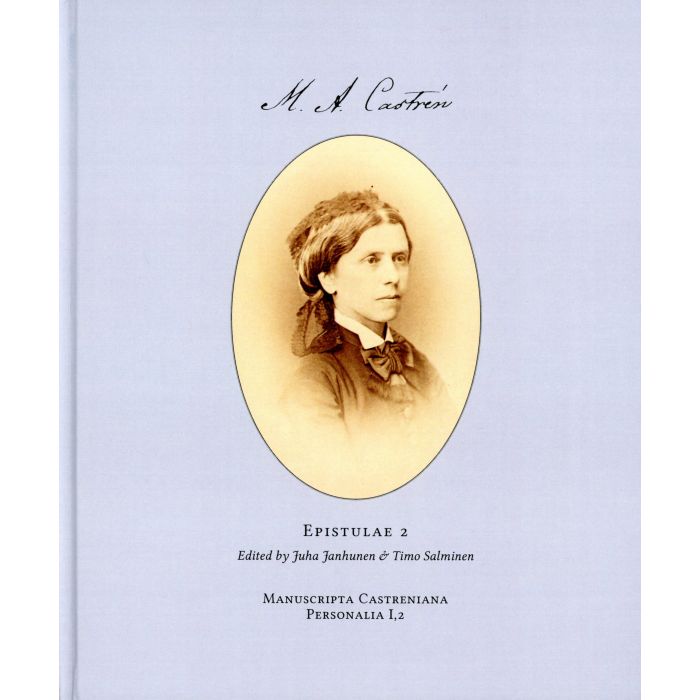 Hoppa till början av bildgalleriet
Detaljer
Matthias Alexander Castrén (1813-1852) was by far the most significant Finnish linguist of the 19th century. In addition to being a linguist he was also a multidisciplinary scholar, equally versatile in the fields of ethnography, folklore, mythology, archaeology, history, and human geography. He left behind a huge corpus of field data, collected by himself during prolonged expeditions to Karelia, Lapland, Arctic Russia, and Siberia between 1838 and 1849. During the short periods of time Castrén spent in an academic environment, he had little opportunity to synthesize his collections, a situation aggravated by his rapidly progressing and ultimately fatal illness. Therefore, a major part of his scholarly heritage remained unpublished when he died.

After returning from his expedition in February 1849, Castrén actively started making preparations for his academic future and personal life. In January 1850, he became engaged to Natalia Tengström, the youngest daughter of Johan Tengström, Professor of Philosophy at the Imperial Alexander University in Helsinki. Their wedding took place in October 1850.

The present volume contains the letters exchanged between Castrén and Natalia during the period of their engagement from February to September 1850.This intensive correspondence gives new insights into the persons of Castrén and his bride, as well as the role the Tengström family played in the intellectual circles of Finland. The letters also illustrate how intimate and, occasionally, humorous the relationship between Castrén and Natalia was. Although the social background of their engagement and marriage followed a pattern that was typical of the time, the letters speak for themselves and reveal that true love was involved. In the light of these previously unpublished letters Castrén himself emerges as a somewhat different person from the one he is known as on the basis of his other, more official and less intimate writings.
Mer information
Recensioner
Write Your Own Review
Only registered users can write reviews. Please Sign in or create an account
Copyright © Vetenskapliga samfundens delegation.