€30.00
In stock
SKU
978-952-67211-8-7
Vahtikari, Vesa
Tragedy Performances outside Athens in the Late Fifth and the Fourth Centuries BC
Foundation of the Finnish Institute at Athens
Papers and Monographs of the Finnish Institute at Athens XX
s.l. 2014, xii + 334 pp. + 32 app.
Be the first to review this product
Skip to the end of the images gallery 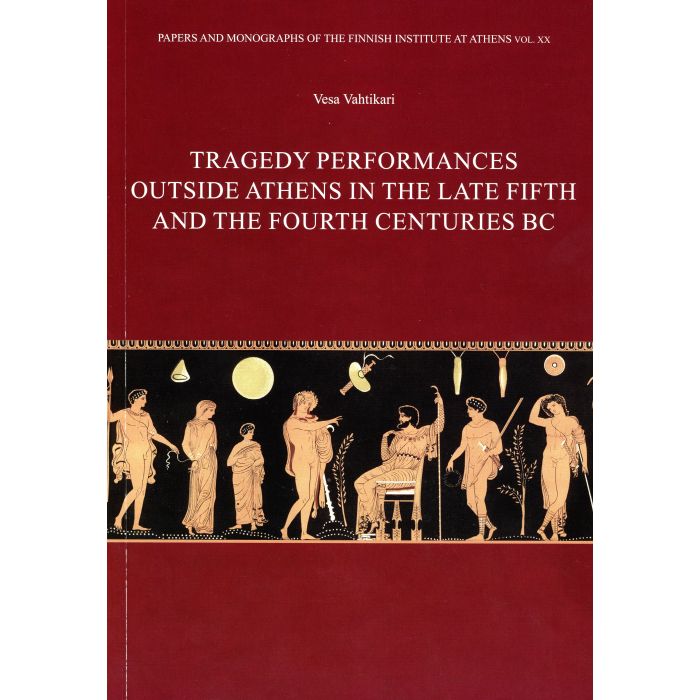 Skip to the beginning of the images gallery
Details
We know that Aeschylus produced his Aetnaeae and Persae in Sicily and that Euripides presented his Archelaus in Macedonia. It is also a known fact that, at the end of the fifth century and during the fourth century BC, both tragedies and comedies were performed in the demes of Attica at the Rural Dionysia. Furthermore, it is clear from material and literary evidence that during the fourth century BC theatres were built in all major Greek cities and that many well-known poets and actors of the fourth century were non-Athenians. What we do not know is: 1) which individual tragedies were performed outside Athens, 2) when the spread of tragic performances began on a wide scale, 3) where, in which cities and on what kind of occasions, tragedies were performed, and 4) how were the arrangements for the tragic performances outside Athens carried out in practice? The goal of this study is to answer most of the above-mentioned questions.
More Information
Reviews
Write Your Own Review
Only registered users can write reviews. Please Sign in or create an account
Copyright © The Federation of Finnish Learned Societies