Problem of the Modern and Tradition 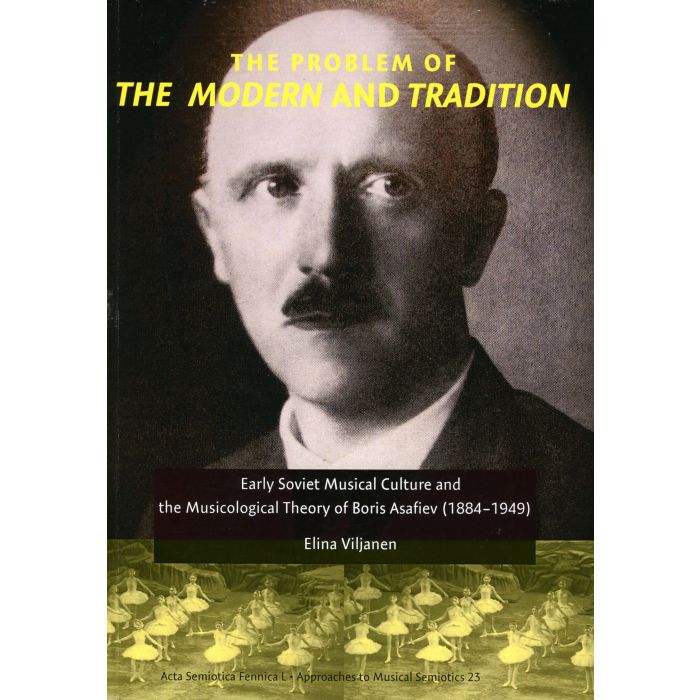 Skip to the beginning of the images gallery
Yksityiskohdat
The Soviet music critic, composer and musicologist Boris Asafiev (1884-1949) played a central role in the development of Soviet conceptions of music. Elected to the Soviet Academy of Sciences in t943 and as head of the Soviet Composers' Union in 1947, Asafiev's literary works came to be considered influential classics in Russian musicology. However, his later work built upon his theory of music that he first developed over the course of the 1920s. This is the first English language analytical and critical monograph to examine Asafiev's literary output during 1916-1930. The author explores Asafiev's critical and musicological works both against the backdrop of Russian cultural history and within the Western European intellectual historicaI context. She demonstrates how Asafiev became an established Soviet cultural theoretician of music, a celebrated but also a persecuted Soviet musicologist. More broadly, the book The Problem of the Modern and Tradition explores how the Russian Silver Age philosophical interpretation of music was transferred to the Soviet era and what was generated through this process.

Elina Viljanen is a musicologist and researcher in the multidisciplinary research community of the Aleksanteri Institute, a national centre of research, study and expertise pertaining to Russia and Europe at University of Helsinki. She is the author of many articles on Soviet musicaI culture. Viljanen has received several research grants and worked as a visiting scholar at Columbia University in New York and the Nordic Institute of Fudan University (Shanghai).
Lisätietoja
Arvostelut
Write Your Own Review
Vain rekisteröityneet käyttäjät voivat kirjoittaa arvosteluja. Ole hyvä ja Kirjaudu sisään tai Luo tili
Copyright © Tieteellisten seurain valtuuskunta