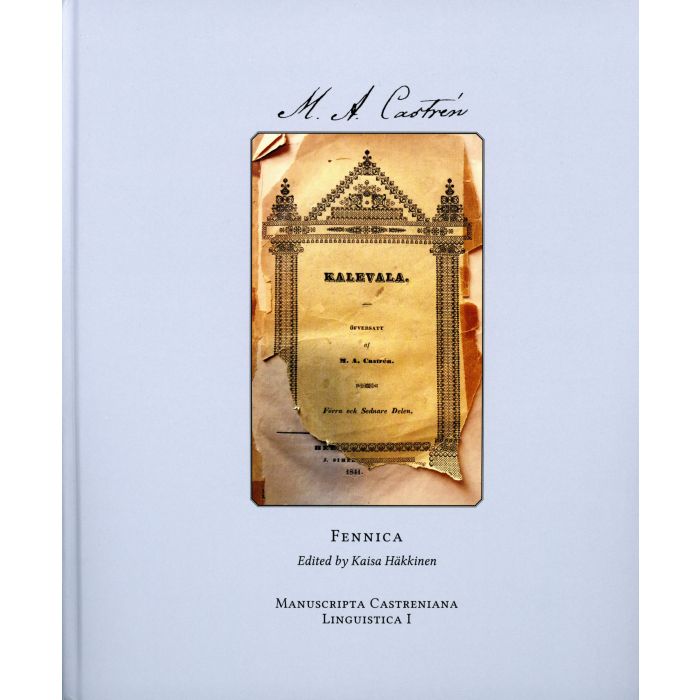 Skip to the beginning of the images gallery
Yksityiskohdat
Matthias Alexander Castrén (1813–1852) was by far the most significant Finnish linguist of the 19th century. In addition to being a linguist he was also a multidisciplinary scholar, equally versatile in the fields of ethnography, folklore, mythology, archaeology, history, and human geography. Castrén was appointed Docent of Finnish and Ancient Nordic Languages and Tribes at the Imperial Alexander university in Helsinki in 1840, and ten years later he became the first professor of the Finnish Language.

Castrén left behind a huge corpus of field data collected by himself during prolonged expeditions to Karelia, Lapland, Arctic Russia, and Siberia between 1838 and 1849. During the short period, of time he spent in an academic environment, he had little opportunity to synthesize his collections, a situation aggravated by his rapidly progressing and ultimately fatal illness. Therefore, a major part of his scholarly heritage remained unpublished when he died.

The Fennica volume consists of two parts. The first part is devoted to the Kalevala, the Finnish national epic published by Elias Lönnrot in 1835. Castrén was the first scholar to translate the entire epic into any language other than Finnish, in this case into Swedish. He also started his career as an academic teacher; giving lectures on the Kalevala in 1841. Now the translation will be published side by side with the original text of Elias Lönnrot’s Kalevala to facilitate comparison. In the marginal notes added by the editor, Castrén's translation is compared with some minor parts of the Kalevala published in Swedish by other authors before the appearance of Castrén’s full translation. In addition, there are several manuscripts for word lists and comments Castrén made to support his teaching and translation work.

The second part of the volume contains Castrén's manuscripts for a Finnish grammar book as well as his prepared materials for his 1844 lectures on Finnish grammar. After the publication of the Kalevala in 1835, the status of Finnish rose rapidly in university circles, and the rise of National Romanticism made Finnish into an interesting object of study. Castrén's lectures on Finnish grammar in 1844 were a great event and the true highlight of the academic year. Now the texts have been edited on the basis of the original manuscripts. They have not been published before. Both parts of the volume have been supplemented with an editorial introduction to contextualize Castrén's scientific work and thinking.
Lisätietoja
Arvostelut
Write Your Own Review
Vain rekisteröityneet käyttäjät voivat kirjoittaa arvosteluja. Ole hyvä ja Kirjaudu sisään tai Luo tili
Copyright © Tieteellisten seurain valtuuskunta