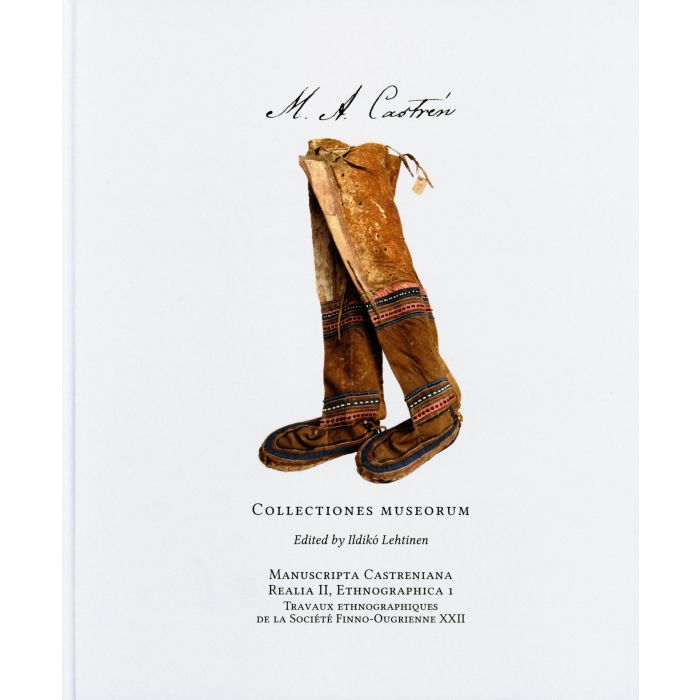 Skip to the beginning of the images gallery
Yksityiskohdat
Matthias Alexander Castrén (1813-1852) was by far the most significant Finnish linguist of the 19th century. In addition to being a linguist he was also a multidisciplinary scholar, equally versatile in the fields of ethnography folklore, mythology, archaeology, history and human geography. He left behind a huge corpus of field data collected by himself during prolonged expeditions to Karelia, Lapland, Arctic Russia, and Siberia between 1838 and 1849. In the short periods of time Castrén spent in an academic environment, he had little opportunity to synthesize his collections, a situation aggravated by his rapidly progressing and ultimately fatal illness. Therefore, a major part of his scholarly heritage remained unpublished when he died.

Castrén was appointed Docent of Finnish and Ancient Nordic Languages and Tribes at the Imperial Alexander University in Helsinki in 1841, and ten years later he became the first Professor of the Finnish Language.

M.A. Castrén considered ethnology as a historical science and an instrument for describing the early periods of Finnish history. On his expeditions, he carried out ethnographic observations and took notes of the dwellings, costumes, way of life, and customs of indigenous Siberian peoples. According to the programme drafted by the Imperial Saint Petersburg Academy of Sciences, Castrén collected ethnological artifacts for the Ethnographic Museum in Saint Petersburg, and some items for the Ethnographic Museum of the University of Helsinki. The present work concentrates on the collections which describe Castrén's merits in ethnological studies and museology.

The primary sources of this publication are the artefacts in the Peter the Great Museum of Anthropology and Ethnography (Kunstkamera) of Russian Academy of Sciences in Saint Petersburg and the Museum of Cultures / National Museum of Finland in Helsinki.
Lisätietoja
Arvostelut
Write Your Own Review
Vain rekisteröityneet käyttäjät voivat kirjoittaa arvosteluja. Ole hyvä ja Kirjaudu sisään tai Luo tili
Copyright © Tieteellisten seurain valtuuskunta